Need to expand your foul-mouthed vocabulary? We’ve got you covered.But  when it comes to bad words, Japanese is an extremely rich language, and there is a goldmine of insults left over that we didn’t get a chance to touch upon.

That’s why this week we’re counting down the top five offensive Japanese insults.The words this time around may not be as extreme as the previous installment, but they’re still just as necessary for the vocabulary of any no-good-hoodlum wannabe.So let’s get to it! Starting off with… 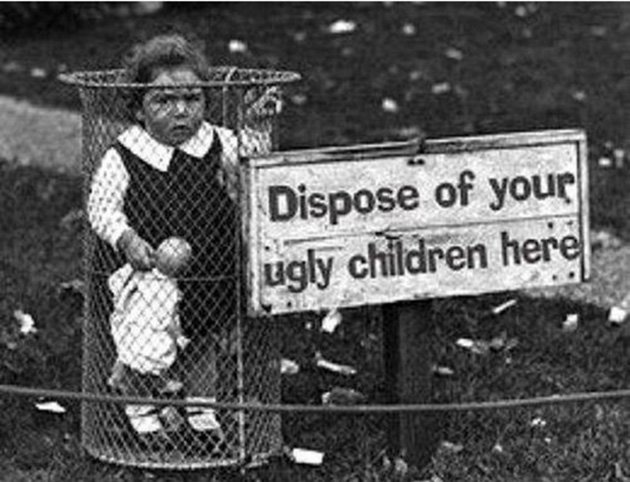 So we all know how to call someone stupid – just take your pick of baka, aho, or any of the other spicy swears from last time. But what about when you don’t want to insult somebody’s brain, but their appearance?

That’s where busu comes in. When you want to call someone plain, homely, or just all-out ugly, it’s the perfect word for maximum offense. The word busu supposedly comes from bushi, the Japanese name for dried aconite root, a plant used in Chinese medicine as a painkiller. It numbs the body, including the face, making the user look “stupid” or “ugly.”

But when you need to go even further, when just busu won’t cut it, there’s busaiku. Busaiku is closer to something like “butt-ugly” or “ass-ugly.” It literally means “not skilled” but has evolved to mean something closer to “poorly made.” Yeowch, don’t plan on being friends with anyone who calls you that!Usually busu and busaiku are used for women, but they can occasionally be used for men as well. If you need a specific men-only insult though, buotoko or busaotoko can be your go-to words guaranteed to offend.

Example usage:
「性格悪い美人vs性格よいブス」男が付き合いたいのはどっち？
Seikaku warui bijin baasazu seikaku yoi busu otoko ga tsukiaitai no wa dotchi?
“Which do men want to date: a hottie with a bad personality or a busu with a good personality?”

So let’s say there’s someone you don’t like. But they’re not stupid, and they’re not ugly. What do you do? Do you leave without insulting them?No way! You can’t put your hoodlum pride at stake like that. Instead, just call them “lame.”

Calling someone dasai is basically the equivalent of saying they’re so unfashionable they’re “f*ckin’ lame.” The word comes from dasha, an older Japanese word for “the countryside.” Combined with kusai (“stinky”) you get dasha kusai or literally “reeking of the countryside,” meaning a country bumpkin who’s so lame they just don’t get it, man. Eventually dasha kusai got cut down to dasai, but retained mostly the same meaning.

– That feel when your friends couldn’t get more dasai even if
they were a bottle of Dasa-ni water ohhhh snap. 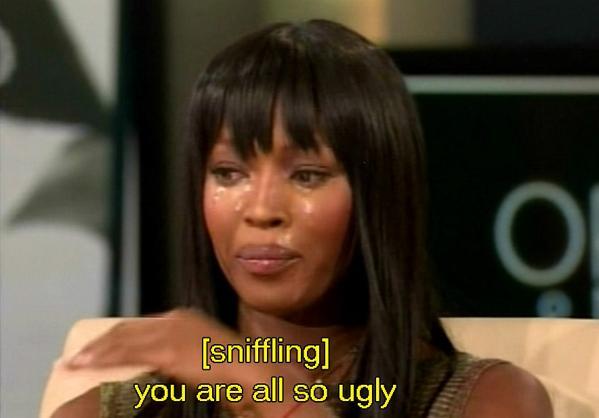 Like most Japanese adjectives that end in an “i” sound, you can drop the final “i” in dasai for extra emphasis. If you’re just completely shocked by how lame someone is, then drop that “i” like it’s hot!Example usage:
友達にその服ださって言われた時の対処法教えてください。
Tomodachi ni sono fuku dasa tte iwareta toki no taishohō oshiete kudasai.
“Please tell me what to do when my friends are like, ‘Ew your clothes are so lame.’”

-That is not the correct way to go about
showing your affection, you sukebe!

Example usage:
スケベだと髪が伸びるのが早いって本当？
Sukebe da to kami ga nobiru no ga hayai tte hontō?
“Is it true that your hair grows faster if you’re a creep?’”

But what do you do when the person you’re talking to is the absolute worst? The literal worst? When simply insulting their appearance or actions isn’t enough, but you need to go for their entire being?

Well then you may as well call them exactly what they are: saitei (“the lowest/worst”). It literally means “the worst,” so it theoretically does not get any worse than this. It’s similar to calling someone “an asshole” in English, so don’t expect to be on good terms after you call them this to their face. Behind their back though, that’s a-okay!

-When someone is so saitei, they’re literally beneath your feet.
Though if they’re a sukebe, they might enjoy being stepped on….

Example usage:
お前最低だな、人間のクズ。
Omae saitei da na, ningen no kuzu.
“You are the worst, you are human scum.”

And the #1 offensive Japanese insult is…

1. Mix and match the perfect insult for any occasion!

The best thing about Japanese insults is that you don’t have to pick just one of the few we’ve gone over above, you can mix and match them together to really sock it to someone in a unique, personalized way.

There are so many combinations it’s kind of like mixing and matching ice cream. Just follow the charts below to create your own perfect insult!

– First pick your cone. For an example, let’s go with kono.

– Next pick your adjective ice cream. We’ll go with baka for our example,
but feel free to check out the extra menu for more options!

– And now pick a noun topping. We’ll use yarō for the example,
but again don’t feel limited by just our choices here – there’s plenty more!

-And lastly, the optional emphatic cherry on top. We’ll use it and end up with
kono baka yarō me (“you stupid bastard!”) Ooh, spicier than I expected!

Feel free to mix and match however you’d like! How about chō sukebe otoko (“super creepy man!”) or kono kuso gaki me (“you stupid sh*tty brat!”).

And don’t worry, you can always get more than one scoop of adjective ice cream. Try a taste of kuso sukebe jiji me (“sh*tty creepy old man!”) or even forego a topping for extra scoops with chō baka manuke (“super stupid lazy-ass!”).

Of course not all the matches are as good as others, but it’s up to you to find out which combinations you like best.

– It’s a beautiful, colorful world of Japanese insults out there,
and the only limit is your imagination!

So there you have it, the top five offensive Japanese insults. Have you ever used these words when speaking Japanese, or – having just learned them – are you going to use them for evil?

Let us know in the comments, and if you need a way to make up with the people you upset after using these words, check out the top five strange ways to be polite in Japan. You may need to do some very strange things to make it up to them.